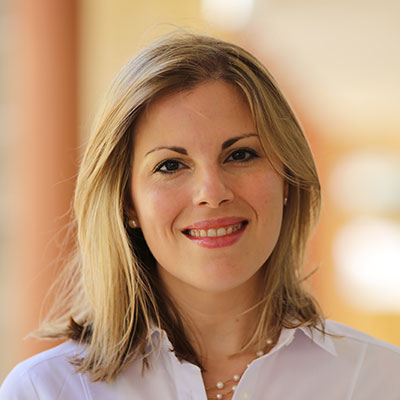 Dr Melissa Formosa obtained her Bachelor degree in Medical Laboratory Science from the University of Malta in 2004 and a Masters degree in Biomedical Science from the University of Ulster, Northern Ireland in 2008. In 2010 she was awarded a scholarship to carry out research on the genetics of osteoporosis and fragility fractures at the University of Malta leading to a doctoral degree. Together with Professor Angela Xuereb-Anastasi, she leads the ‘Malta Osteoporotic Fracture Study’ consisting of more than 1000 Maltese individuals affected with osteoporosis. The collection forms part of an international multi-study consortium known as GENOMOS investigating the genetics of osteoporosis and other musculoskeletal traits. Her work on osteoporosis has been presented at several international conferences and published in peer-reviewed journals. She is currently using the zebrafish model to investigate the role of novel genetic factors in the susceptibility of familial osteoporosis with the aim of identifying possible bone targets for customised treatment. Melissa is a licensed Medical Laboratory Scientist who has been actively practicing in a biomedical laboratory since 2004. She is currently a resident academic within the Department of Applied Biomedical Science within the Faculty of Health Sciences at the University of Malta.